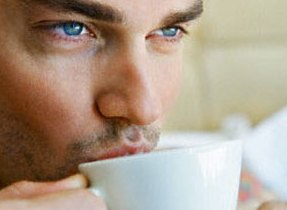 Over the years, coffee has been given a bad rap by most health experts, earning it a sort of negative, must-be-avoided reputation when discussed within most mainstream nutritional circles. When it came to the consumption of coffee, the conventional wisdom was that caffeine, as well as other ingredients, contributed to heart disease, high blood pressure, anxiety, diabetes, and even cancer.

Most of the allegations leveled at coffee seemed to make sense. After all, the image most of us have of the coffee-swilling caffeine addict typically was that of an unhealthy person living an unhealthy lifestyle anyway. With a cigarette in one hand and a cup of coffee in the other, this stereotypical image made these claims seem perfectly reasonable.

By filtering out the unhealthy segments within each control group, the final reports reversed almost all of the earlier results. There was no evidence linking heart disease or cancer to the consumption of coffee – two of the more notable and frightening reasons we were previously told to avoid drinking it. These newer studies also found evidence of actual benefits moderate coffee drinkers could expect.

Overall, medical researchers and health experts have really changed their philosophy on drinking coffee, given these more recent reports. Despite this, there are still some risks associated with coffee drinking that you should also be aware of. Listed below are several of the benefits and risks the current research is showing us.

Theses studies have shown that coffee may offer substantial protection against Type 2 Diabetes, which has been proven to contribute to a higher incidence of heart attack and stroke. By reducing diabetes, we remove these risk markers as a potential pre-cursor to cardiovascular disease and stroke. Studies were conducted using caffeinated and decaffeinated coffees, with both control groups showing similar results. This provides evidence that there is a component within coffee, excluding caffeine, that provides protection against Type 2 Diabetes.

Similar benefits were found with regards to neurodegenerative problems, depression, suicide and dementia. Regular coffee drinkers who consumed 3 to 6 cups of coffee per day were found to have a reduced likelihood of these conditions. Though not 100% conclusive, caffeine could possibly have a bigger role in this outcome as compared to the Type 2 Diabetes studies, due to caffeine’s ability to increase dopamine which reduces depression.

Caffeine consumption at high levels can increase your blood pressure and raise your bad cholesterol levels. These conditions tend to exist with excessive drinking of caffeinated coffee and should be a reminder that moderation is always the way to go.

Recent studies have shown that coffee has a high level of antioxidants – a major cancer-fighting contributor. Although the support for coffee’s ability to combat cancer is not as strong as it is for Type 2 Diabetes, enough data exists to show scientists that coffee has a more positive role than a negative one in terms of protecting us from some forms of cancer; most noticeably liver cancer.

An exhaustive study conducted in 2010 showed that moderate consumption of caffeinated coffee (less than 12 ounces per day) showed no additional risk of miscarriage or prenatal complications. However, problems associated with higher levels of daily caffeine consumption were inconclusive and remain unknown.

Overall it seems that much of what we were previously told about coffee has to be rethought, given the new information from these more recent studies. Looking at all of the research out there, it would seem that coffee’s healthy benefits outweigh its liabilities. If you enjoy coffee and you drink it in moderation, then by all means – add it to your list of healthy beverages.

The 9 and 30 Day Isagenix cleansing programs are the most popular and recommended products, however there are over 50 different products to choose from. 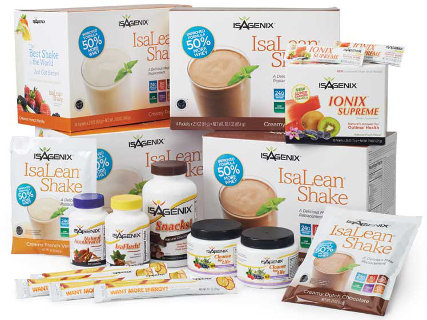 The 30 day cleanse is a complete fat burning and cleansing system recommended by Doctors, best-selling authors and many health professionals.

As an Independent Isagenix Associate we provide all our customers with ongoing help, support and guidance as they work towards their wellness goals.

If you are considering Isagenix but have a question before placing an order please contact us by phone or email.

We are a leading Independent Isagenix Canada Associate. Find out more about us
Responsive Menu
Add more content here...