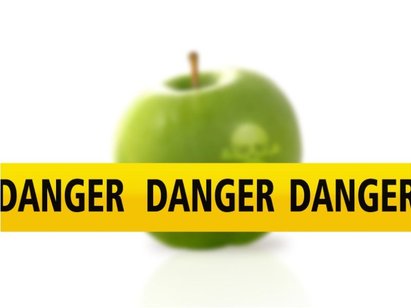 Every day there seems to be another ‘expert’, journalist, book or website claiming fructose is dangerous, and the cause of a whole raft of health issues.

Fructose is in fact being used – unfairly, I believe – as a scapegoat, and being blamed for North America’s obesity problems.

In essence, fructose is a simple fruit sugar that occurs naturally in almost every single fruit and vegetable on the planet (except for Yams).

Yet this relentless attack on fructose in the media has led to many people believing that fructose, in any form, is bad for them.

We have even had a number of people contact us asking us if they should reduce their intake of fruits and vegetables, or switch to lower-fructose fruits/vegetables in order to consume less of this so-called ‘deadly’ sugar.

The difference between Fructose and High-Fructose Corn Syrup

Fructose and high-fructose corn syrup (HFCS) are not the same.

As mentioned above, fructose is a simple sugar that naturally occurs in almost all fruits and vegetables.

The specific amounts of fructose in a selection of fruits and vegetables can be seen in the table below.

Fruits and vegetables contain fiber and it is thought that this fiber helps the body to process fructose. The fiber also helps you to feel full, stopping you eating too much at once.  HFCS, on the other hand, contains hardly any fiber and so doesn’t have this effect.

One advantage of fructose is that it is metabolized differently than glucose, and because it doesn’t stimulate the body to produce insulin, it is low glycemic.

There is no question that fruits and vegetables are essential and SHOULD be eaten on a daily basis – otherwise you will not be healthy! 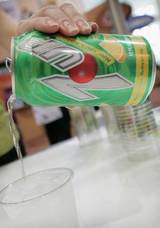 High-fructose corn syrup is not a completely natural product.

In 1957, an enzyme was discovered that can turn regular corn syrup (which has no naturally occurring fructose) into fructose. As this process has been improved on and modified, it has become much cheaper for companies to use the sweeter corn fructose syrup rather than standard white sugar to sweeten foods. (source: American Journal of Clinical Nutrition).

You will find high-fructose corn syrup (or HFCS) in almost all baked goods, sodas and fruit juices.

One misconception about HFCS is that it is completely different to processed white sugar – it isn’t. HFCS usually contains 55% fructose and 45% glucose, with regular sugar having a 50/50 split. (Source: Harvard Medical School)

There are so many conflicting views out there, with some people blaming fructose for the entire obesity epidemic in North America.

Many of the initial studies which linked HFCS to weight gain have either been discredited, or attributed the extra weight gain to the number of calories consumed rather than the fructose itself.

Regardless of this, it is clear that consuming too much HFCS is unhealthy. An average can of soda contains up to 39 grams of HFCS, and research shows that the average American consumed on average 37.8lb of HFCS in 2008, along with 85.4lbs of sugar. That’s 1.6lbs of sugar per week! (Source: Wikipedia: US Government Data)

1.6lbs of extra sugar per week is way too much, and not healthy! And remember, this extra sugar is in addition to the natural fructose consumed through fruits and vegetables.

This places a heavy toxic load on your liver. Fructose, unlike Glucose, is converted by the liver into glycerol, which can raise levels of triglycerides. If this cannot be processed, it could increase the risk of heart disease.

Critics of HFCS point out that because the manufacturing process requires additional enzymes and changing the molecular structure of regular corn syrup, it is unnatural and difficult for the body to process.

Critics also argue that the cheap processing costs have allowed manufacturers to make their foods even sweeter, and offer upsizes (such as 64oz sodas).

As you can see from the information above, there is no doubt that Americans are consuming way too much sugar, but to say the obesity epidemic has been caused by HFCS is not helpful, or true.

To me it seems like the ‘easy way out’ to blame the obesity epidemic on HFCS, or even fructose in general. It’s a way for ‘experts’ to generate publicity, people to sell books and journalists to sell newspapers.

The reasons behind the obesity epidemic are complex, and a whole range of factors are involved. To blame it on a single nutrient is short-sighted, masks the real problems and only serves to stop people taking responsibility for their diet and lifestyles.

The fact is that most Americans are not active, they overeat, are stressed and live in a toxic environment. Lifestyles have changed, which means that people consume more fast food and cook less freshly prepared meals than ever before.

The standard diet is nutritionally depleted: most people do not eat enough lean proteins, fruits and vegetables, and consume too many processed foods. Diets include too much sugar (including HFCS), flavourings, colourings and preservatives.

If we take a can of soda for example, it not only contains up to 39 grams of HFCS, but also an entire cocktail of toxic ingredients, which may do more damage to the body than HFCS (and diet sodas containing the artificial sweetener aspartame are much more deadly).

I would like to see the focus taken off HFCS, and put on people taking responsibility for making the right decisions when it comes to their diet and lifestyle.

I would also encourage people who talk or write about fructose to clearly distinguish between naturally occurring fructose and HFCS.

What You Can Do?

I welcome your thoughts, below.

5 thoughts on “Fructose: NOT The Enemy It’s Made Out To Be”