Your parents most likely warned you about the hidden dangers of the world. They told you not to stay out too late, to keep within well-lit areas, and to avoid talking to strangers offering candy.  They probably never said anything, though, about your local store clerk selling you white bread.  Unfortunately, past generations made a staple out of refined foods like white bread, even though they are a far more prevalent threat to our children.

Every year, 6000 people are diagnosed with kidney cancer, and studies have found that eating highly refined foods like white bread could account for a significant percentage of those cases.  Sadly, 3400 people die from this cancer each year. Why put yourself or your children at risk of such a deadly disease? By eating just five slices a day, you are more than doubling your risk of cancer. Because foods like white bread are high on the glycemic index, they cause sugar to be released quickly instead of over time, which triggers the release of insulin and other chemicals that spur the growth of cancer cells. People who eat more whole grains, poultry, and vegetables, on the other hand, are at a much lower risk for the illness.

SOURCE: International Journal of Cancer as published by the Mail Online

Before your white bread diet kills you from cancer, though, you are likely to suffer from other ailments first.  Because eating foods high in sugar and low in nutrients causes blood sugar spikes, you put yourself at risk for hyper- and then hypo-glycemia.  Hyperglycemia is when your blood sugar is abnormally high.  It can make you feel jittery, hyper, and unfocused.  Then not long after, once all the sugar is digested, your blood sugar drops, much like a withdrawal, and you are left with hypoglycemia.  This makes you feel tired, irritable, and often hungry, even though you ate shortly before.  Too much of this chaos in your bloodstream can result in something far worse: diabetes.  With Type 2 Diabetes, insulin is not properly released in the body, making it difficult to regulate blood sugar levels.  An insulin pump or insulin shots must be administered regularly in order to maintain tolerable levels.  The price you pay by getting diabetes certainly isn’t worth the cheaper cost and lesser nutrition of white bread.  In time, diabetes can lead to other problems, such as obesity, stroke, blindness, limb loss, heart disease, and even the complete failure of the pancreatic system.  Likewise, people with diabetes have much shorter life expectancies, because they are essentially poisoned to death over time as the acids in their body eat away at their interior organs and tissues. 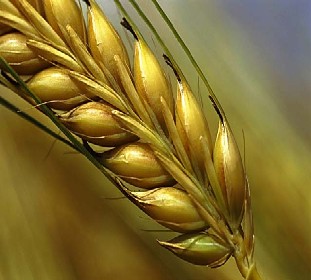 Because so many of our foods are made or paired with refined and over-processed sugars, it is difficult to hide from the danger.  It’s isn’t merely lurking in your bread box, but throughout your kitchen and pervading your community.  Many cereals are made of these same types of highly-refined grains.  They are in your hamburger buns, snacks like chips, crackers, and cereal bars, and even in the pasta you make for your family meals.  Think you can get away from them by dining out?  Think again.  Many restaurants, particularly fast food restaurants, buy their ingredients in bulk from cheap distributors.  That means most of what they sell and fry is made up of the same problematic sugars.  Even your children’s school cafeteria, which is supplied mainly by discounted government food programs, consists of a high glucose menu.

Although foods like white bread have invaded our society even more than many realize, you can fight back.  By choosing whole grains over white, starched grains, you can add fiber and nutrients to your diet.  It is also important to eat plenty of lean protein and green, leafy vegetables.  These have nutrients with antioxidants that help to reverse cell damage and keep your body healthy.  By cutting out as much refined sugar as possible and sticking to a more balanced diet of whole, natural foods, you can win the battle against white bread.

If you have been eating a diet of refined foods and in particular white bread, you might want to think about doing a nutritional cleansing program, like the Isagenix cleanse we recommend here at TimetoCleanse. This will help to get rid of toxins lurking inside you, and give your body the nutrition it needs and has been lacking through your diet. You can find out more about how to buy isagenix programs here.

And perhaps, instead of only warning the next generation about the dangers of strangers with candy, you’ll add white bread to the list and teach them how to arm themselves against its perils too.