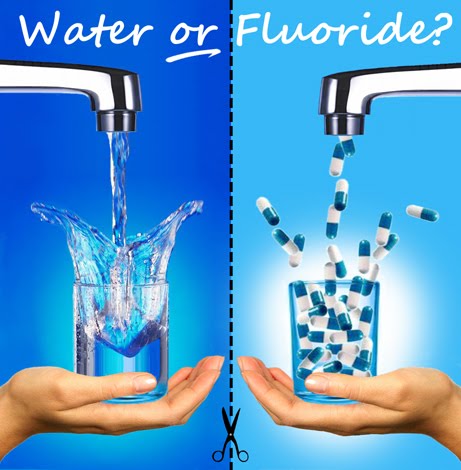 Water fluoridation is the deliberate addition of fluoride to the water supply, done by public officials. They do this to supposedly reduce tooth decay, and many countries (including the United States, Canada, and others) have fluoridated water. There is plenty of controversy over the effectiveness, ethics, legality, necessity, and safety of the procedure.

According to studies performed in the 1940s (claimed by many to be of faulty scientific value), adding fluoride to the water supply can prevent and reduce the incidence of dental caries. Fluoride does this by replacing minerals (calcium) lost from the teeth. Municipal governments cite those decades-old studies when justifying the practice. What those studies did not look into was how lifelong exposure to fluoride in drinking water can affect people.

Potential Dangers Of Fluoride Use

Fluoride isn’t a lightweight chemical. It has been linked to many diseases, disorders, and even death. One tube of toothpaste has enough fluoride in it to kill a child, if ingested. (See http://www.fluoridealert.org/toothpaste.htm for a chart that shows how much of a tube of fluoride toothpaste is fatal to people of different ages.) This is why, as of 1997, the FDA requires all fluoridated toothpastes to carry a warning label. So why are we drinking it along with our water? That’s a good question.

Water fluoridation is unethical because a person doesn’t get to choose whether to be medicated or not. You can’t just flip a switch at your tap and decline the water fluoridation; it gets put in your water without direct and informed consent. Further, the municipality (who administers the medication) cannot control the dosage; everyone drinks different amounts of water, ingests fluoride through different avenues, and has a different body weight (therefore affecting dose). Finally, water fluoridation actually violates the Nuremberg Code regarding human experimentation. This point alone should be enough to discourage water fluoridation.

Water fluoridation isn’t actually necessary. It hasn’t been proven effective, and its effects are more harmful than helpful. So why continue the practice?

Many countries have banned water fluoridation, including Japan, Austria, Denmark, China, Germany, Belgium, Finland, Denmark, the Netherlands, Norway, and Sweden. Individual municipalities in other countries have discontinued the process. Most of Europe is free from fluoridated water.

People at risk are children, infants whose parents give them infant formula mixed with fluoridated tap water (against manufacturer’s instructions, by the way!), and those in lower-income households who can’t afford to buy unfluoridated water or reverse osmosis filtering systems.

What You Can Do

If you’re concerned about your fluoride intake, there are things you can do to reduce your exposure:

Banting, David W.  The Future of Fluoride: An Update One Year After the National Toxicology Program Study. Journal of The American Dental Association, August 1991;122(86-91).