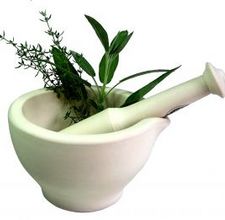 When you read about adaptogenic herbs online, you will stumble across one word over and over again: stress. For several thousand years, these herbs have been used to help the body naturally cope with stress, anxiety, and fatigue. Considering these are factors that affect how we age, taking advantage of natural, non-toxic herbs that can help decrease stress and its ill effects is exciting news!

Adaptogenic herbs work in a similar way to antioxidants by protecting cells from harmful free radicals: i.e. molecules produced by environmental toxins that attack cells. They are widely accepted by naturopaths and practitioners of Chinese and Ayruvedic medicines to be free of toxins and non-habit forming.

Another interesting fact about adaptogenic herbs is that they affect each one of us differently, depending on where there is a deficiency of some sort in the body. They help the body return to homeostasis by smoothing where there is too much response to stress, and raising immunity levels.

For example, if you feel physically tired much of the time, taking these types of herbs is supposed to renew your energy. For someone who is experiencing a “brain fog,” adaptogens are intended to lift away that curtain and restore clearer thinking. Most people report an increased sense of well-being after taking these herbs.

Which Herbs are Considered to be Adaptogens?

There are three herbs that are the cornerstones of the adaptogenic herb family: Rhodiola rosea, Schizandra chinensis, and Siberian ginseng. Let’s examine each one.

As an adaptogen, Rhodiola helps the body adjust to various stresses. People have found it to be a great mood lifter, and it has a proven benefit to physical and mental stamina. People in areas with long winters, like Scandinavia and Iceland, have found it extremely helpful to offset symptoms associated with light deprivation.

Rhodiola can be taken as a capsule or tablet several times a day. When brewed as a tea, it can help with erectile dysfunction. This ingredient is used in Isagenix e+ Shot, as well as Ionix Supreme.

Schizandra berry has been documented to protect liver function, and is believed to boost the immune system. Studies have also found that it enhances one’s physical performance, and protects the skin against trauma like frostbite and burns.

Devotees of Schizandra berry take it as an extract, juice, or even wine in some parts of the world. It is often dried and then boiled into a tea.

This herb is thought to stimulate the immune system, helping to prevent colds and flu during the long winter months. It is no wonder, then, that it is extremely popular in Russia, where scientists have undertaken double-blind studies on its efficacy. Research has found it to help speed up recovery from the flu; reduce the severity and number of herpes outbreaks; and possibly improve mental and physical performance.

Siberian ginseng is available in various forms: capsules, liquid, powders, and tablets. Naturopaths recommend limiting its use to several months at a time, with a few weeks’ rest in between. It is not intended to be taken by children.